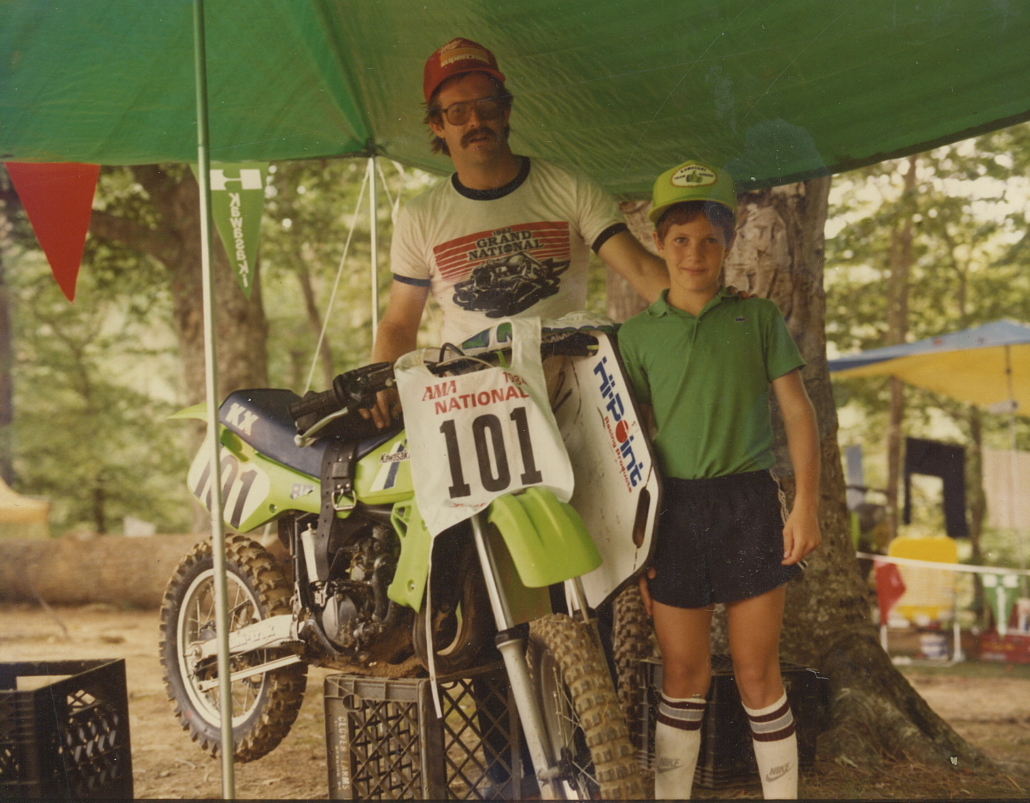 Jason is my cousin, so I know him well. Don’t be fouled to think this is why he made the cut for the Passion Profiles. He has more heart and drive than anyone I know. His passion to push himself has been a source of inspiration for myself, for a long time.

Jason is the oldest of three. He started racing motorcycles at the age of 7. By the age of 16 Jason had won 11 New England Motocross Championships. On the verge of going Pro, at age 17, Jason collided with a rock while out practicing on his motorcycle. The result was he became paralyzed from the chest down.

Jason works as a high performance coach for young adults and executives. Jason also regularly volunteers his time to encourage physically challenged and able bodied athletes in the world of athletics.

Whenever I go home I make a point to visit Jason. Even if it’s just to have dinner and catch up. Spending time with him helps me remember what’s important and that if I want to achieve something, there’s no short cuts, no barrier too big.  And it has nothing to do with that fact he’s in a wheel chair, it’s his attitude and passion to push his limits that inspires me.

He is a wealth of knowledge when it comes to overcoming barriers, endurance and pushing one’s limits.

I believe I am not unique but I am special and take pride in the fact I am relentless with being a better person for myself and the world around me. Like many I don’t let things prevent me from going after my dreams. What makes me unique, is although I am a paraplegic and paralyzed from the chest down and I have been given every opportunity and excuse to slow down, I haven’t. I love defying all odds.

Motivation comes when I am growing as an individual both mentally and physically, while going after goals which at the time feel daunting and scary to me.

All the barriers in my life have been made up by me and are in my head. I believe the right mindset will allow you to overcome anything. WE are all human and works in progress, the most pleasurable is when we overcome our own fears and thrive in the face of adversity.

Meditation and calming the mind, take on challenges that push your limits and show you what is possible.

“What you’re thinking, is what you’re becoming.” -Mohammed Ali  Our thoughts have more power than any of us know!

I’m starting a new coaching business that aims to help other’s go after their goals and dreams. Plans are in motion to go after another Ironman World Championship in Kona in the handcycle division, but first I have to qualify. Stretching myself to become stronger and fitter via better nutrition(currently trying vegan ketogenic), more tuned in spirituality.