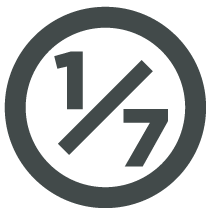 For Immediate Release
Carbondale, CO
Craig Fowler to be first to complete both hiking and bikepacking triple crowns covering 11,420 Miles by foot and bike.

On October 7, 2017 at 6 am, Craig Fowler, of the One of Seven Project will be starting the Arizona Trail (AZT).  The AZT is the last trail of six in the project.  Fowler’s goal is to complete both the Hiking and Bikepacking Triple Crowns. Once complete Fowler will be the First person in the world to have completed both.  He’ll be One of Seven Billion.

Fowler is a Professional Adventurer, who specializes in hiking and cycling pursuits.  A competitive cyclists since 1990, Fowler has raced a wide variety of cycling disciplines, with cyclocross and most recently endurance mountain biking being his favorite disciplines.  As the 2007 Washington State B Cyclocross Champion and 4 time champion of the MAD Racing Master A Cyclocross category, Fowler is no stranger to pain and suffering. When Fowler isn’t on the bike or hiking in the mountains other activities like fly fishing, disc golf, reading, and writing fill his days.

Through this project Fowler has realized that despite the immense effort and the suffering, and the sense of accomplishment one gets from large projects like this, the most valuable part of his travels has been the people he has met and shared experiences with. This has led him to realize he wants to encourage everyone to find their passion that makes each of them unique and one of seven billion people on the planet.  He plans to encourage them to follow those passions regardless of what others say or think.  Fowler plans on doing this through motivational speaking, writing, social media, and personal interaction with those he meets during his adventures and daily life.

Appalachian Trail (AT) – 2168 miles -From Georgia in the south, along the length of the eastern seaboard in the Appalachian mountains, ending on Mt Katahdin in Maine the AT crosses 14 states.

Pacific Crest Trail (PCT) – 2655 miles – Starting at the Mexico border the PCT traverses California’s Sierras and Oregon and Washington’s Cascade Mountains on it way to the Canadian border.

Continental Divide Trail (CDT) – 2751 miles – Stretching from Mexico to Canada the CDT travels along the crown of the continental divide, passing through five states.

Thru-hiking, or through-hiking, is hiking a long-distance trail end-to-end within one hiking season.

Colorado Trail (CT) – 539 miles – Alternating from year to year the CT travels from Denver to Durango, with an average elevation over 10,000′ and is mainly single track.

Arizona Trail (AZT) – 757 miles – Traveling from Mexico through desert and pine forests, the AZT doesn’t reach the Utah border until it traverses the South Rim to the North Rim of the Grand Canyon.

Bikepacking is any ride that includes an overnight stay. This could be anything from ultralight singletrack tours to fully loaded dirt road touring.

Click on the images below for full size images 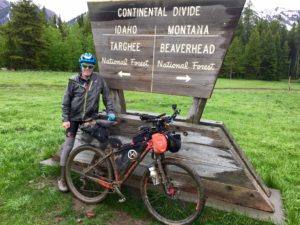 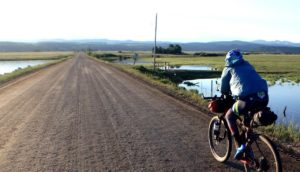 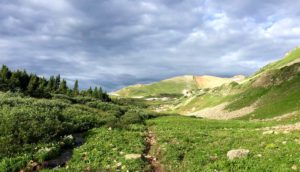 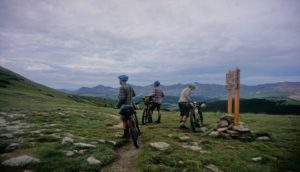 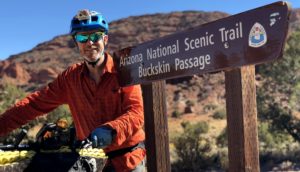 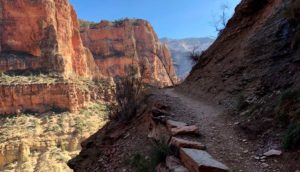