Today was a bitch! The first two days spoiled us. By that I mean the road was in good condition and relatively flat. Today was a roller coaster the whole time but we were always gaining elevation, as we’re approaching Atigun Pass, the highest point on the Haul Road, 3900′.
What made the day so hard was the road surface. It had been recently graded and was rough. We actually passed a grader once repairing a section of road. The loose gravel is so hard to ride on. At times I was only going 5 mph on relatively flat ground due to the surface. We only averaged 9 mph all day! Your tires are slipping all over and it’s super sketchy. I was more than afraid on a few descents but not on the one I hit 40.1, a new trip max speed. Mike being Mike did 41 not to be out done.
The sun was relentless once more and despite putting on lotion I still got burned more. Tomorrow I’m going to wear one leg warmer on my left leg to give it a break from the sun. The right doesn’t get as much sun for some reason. My nose is a bit red too.
I saw two new birds to add to the other six new ones. The first was a Lapland Longspur and a pair of American Golden Plovers. Both had great plumage. I also saw some Ravens, swallows (not sure which kind), and some gulls. We also see ground squirrels every once in a while. We have not seen any Dall Sheep or Grizzlies.
I miss calculated the distance and when I thought we had 8 miles to go to the spot I picked it was 18! At this point Mike had grown quite, not a good sign and I was bonking. I needed to eat big time. I had a GU and we made it another 3-4 miles and ended up cooking at the Roche Moutonee Creek.
We had Gnocchi with pesto and the some tortellini too. The olive oil made doing the dishes such a pain in the ass. Once feed we both were much happier and decided to push on. We found a small rocky but flat spot near the entrance to a gravel pit. It’s must be the gravel pit who’s been supplying the trucks that keep passing us north bound. Maybe this mean less than 81 trucks will pass us tomorrow (the number is higher but I didn’t count the ones that passed while we were off our bikes).
After a quick whores bath down the road a bit with a few hundred of our closest friends (Mosquitos). We got into the tent as it started to sprinkle. It’s stopped now and I just saw its almost midnight. I’m out! 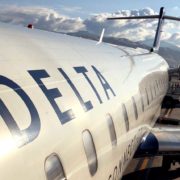