I woke up to the sound of sirens in the strawberry fields next to me. I think they were to scare off the birds. My tent was very damp from the condensation. I had breakfast and Scott, the guy I met, came by to wish me a good trip.

The stage started out going through all kinds of agricultural land. I saw row after row of plantings. I was on back roads for a while then picked up a bike trail outside of Marina, which took me all the way to Seaside. At that point, I also saw two taco trucks so I stopped. I thought I would just get a drink and chips but at the suggestion of a customer I got a taco. The nice people serving me gave me a second one for free. It was only 10:30 AM; but, damn they were good. I chatted with the guy who suggested I get something and he was amazed at what I was doing. It’s funny to see people’s reaction when I tell them. You can see their minds working overtime to understand and process all the questions they want to ask.

After eating, I was slow to get up to speed again. There was a headwind on the bike path as well. When I got to the end of the bike path, I had no idea where to go. I had to call my dad for directions.

I got to Monterey only to miss the visitor center, then find it and found it closed without further notice. Mind you Monterey had the most tourists I’ve seen in any city so far. Monterey was a nice looking city with a fisherman’s wharf, historic buildings and all kinds of shops. It was definitely geared towards tourist but a nice city all the same.

I found a tourist map in a candy store and figured out a route to Carmel. My maps took me around the famous 17-mile drive. I was already going to have a 65+ miles day; I didn’t need to add to it. The 17-mile drive goes around the outside of the peninsula that makes up Monterey.

I started my route to cut off the peninsula and found I had to climb probably my hardest climb of the day. So my short cut was probably harder then if I did the extra miles of 17-mile drive.

I got to Carmel and found it filled with gallery after gallery. Oh, and restaurants too. I went to the post office and got my new maps and memory card from home. I also sent home any old maps I didn’t need.

Next I went to the library, where I had lunch and checked my email. It appears my fantasy hockey league is over and I won. Thank you everyone for signing my guest book.
I made my way out of town and got back on Rt. 1 for the rest of the day. I stopped for an ice cream sandwich not far from town. Again I was slow to get going. There was a dog at the store who was lying near by. Once I came out with my snack, the dog came right over to me and begged its heart out. I told him his chances were pretty slim that he would get any; but he stuck around.

The way out of Carmel south to Carmel Highlands was incredibly beautiful. Some people had homes right on the cliffs with the greatest views of the crashing surf. I had lots of views for a while then when I got to the Little Sir River I had my second big climb of the day. I felt great on it even though it was a cat. 1 climb. The descent was pretty nice too. I saw a lot of cool bridges through this section too.

I saw some ground squirrels, seals, and lots of birds, nothing on the bigger side though. I passed an otter reserve today; but, it didn’t appear the public had access. Tomorrow there’s another one; so I hope I get to see some otters.

Scatman 2011- It’s funny too read one of my Appalachian Trail entries from the same day 10 years ago and these days on the bike seem so long.  I saw so much in on day out here.  The best part of the day was Rt. 1 south of Carmel to Pfeiffer Big Sir State Park.  The views were simply amazing.  The coast never stopped amazing me even though I was on it for 30 days. 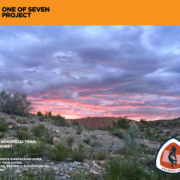 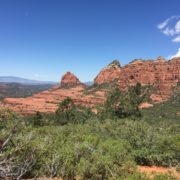