For the past 12 days my friend Jill has been competing in the Arizona Trail Race (AZTR). There are two distance available to any brave soul who decides to participate, the 300 and the 750. The 750 starts on the US/Mexico and works its way north to the southern border of Utah. Along the way it climbs, winds, and traverses mountains, deserts, canyons and more. It even takes riders through the Grand Canyon (riders must carry their bike from the south rim to the north rim as bikes are not allowed in the canyon). Though it’s a bikepacking event this section turns it into a backpacking trip too.

Jill is at the south rim as I write this. She is about 100 miles away from being the first woman to ever finish the AZT 750 in history. I have followed her for almost two weeks now like a worried mother. She is carrying a Spot GPS tracker which records her location. I sit in my chair spectating from 1000’s of miles away, nervously waiting, and wearing out the “F5” key refreshing my screen in hopes of the latest update. Twice now her Spot has stopped working and I felt completely lost, probably just like she felt.

I have spoke with her many times during the race and heard her excitement and disappoint too. I’ve sensed her urgency and fatigue. I have felt her pain and discomfort but most of all I have seen her never ending passion continue to shine throughout the whole ordeal. I have never met someone with so much passion to live life, a life of her choosing not others. She is so alive and driven to achieve her goals, it’s infectious. She is the type of person who makes you question yourself and your life.

When Jill finished the first 300 miles and was at Superior, AZ the finish of the AZT 300 she was met by her friend, Les, a fellow racer who had already finished. Another racer took a picture of Les hugging Jill, and later spoke of Jill’s amazing attitude and just how full of life she was to be out there, (and to think she was still this passionate despite having heat exhaustion at the time.) When I saw that photo and read those words I was jealous! I wished I could have been there, so I could also experience Jill’s passion. She is that amazing, even if she’s a bit intense at times (like myself).

Many times I had to remind Jill of what the goal was. Being the competitor that she is, she wanted to beat as many of the guys as she could. I kept telling her they weren’t her “rabbit” but Utah was. Despite her swallow feet, sunburned face, face plants, cold/heat, getting lost, all the hike a bike (HAB) sections, running out of food/water multiple times and heat exhaustion, I don’t think Jill ever considered quitting. She surely never mentioned it to me. When I would ask how she was the answer was always the same. I’m good. Mentally I’m as driven as ever. My body is just breaking down. I’ll finish!

This girl loves to ride her bikes!

What amazes me about Jill is she just found her passion for mountain biking two years ago. She is relatively an infant in her cycling career compare to myself but her passion is so much greater. She dove in the deep end of mountain biking and never left. I take the Blue Pill too often instead of the Red Pill and let things get in the way of that kind of passion. When I speak to Jill from the AZT none of that passion is diminished despite the challenges she has faced.

Now that she is closing in on the finish I find myself wanting to jump on a plane to be there. If you were to be there you’d see and meet one incredible woman. Writing this post has been emotional to say the least. Maybe it’s because I know Jill personally or because I myself plan to do this race next year. I can only imagine what has been going through Jill’s head as at times she only managed 1 mph for hours and hours climbing over rocks and trees on what is supposed to be a trail. She has told me horror stories and despite the stories, I still want to experience it for myself. This is partly due to my own desires to push myself and test my limits but it’s also due to Jill’s passion. As I said it’s infectious. Jill always quotes Mary Oliver’s line “Tell me, what is it you plan to do with your one wild and precious life?” I’m going to take the Red Pill and live mine my way. What are you going to do… 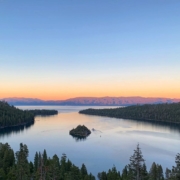 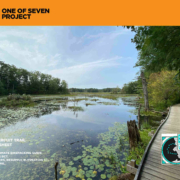