Not too long after the Tour Divide (TD)started I learned of it’s existence. I don’t recall the year but like most of my adventures something about it intrigued me. It sounded just crazy enough to try. A seed was planted. Over the years that seed matured until finally I was ready to actually try it. I started my TD on June 9th, 2017 at 8 am (Grand Depart).

Over the years I dreamed of what it would be like. Spending day after day on my bike. The long hours, endless views, starry nights riding by headlamp. Like most thoughts of unaccomplished dreams, they were romantic and filled me with a sense of joy. With only 4 hours sleep I woke up on the third morning at 2:41 am, all those romantic yet ill conceived notions were gone. The rain from the night before was gone but the air was still thick with moisture. My kit was damp from the previous days effort and my stomach rumbled from a lack of calories.

The reality of bikepack racing had already set in. That reality was as far from romantic as it could get. As they say, “The honeymoon was over!” Over the next 17 days I would learn much more. Now after only a few weeks I already miss it. I look forward to the Colorado Trail Race coming up in a little over a week. I suffered in some way each day. Pains and aches blossomed, grew, and some faded away. They started with my backside and ended with my sore hands, for which I couldn’t find a comfortable position to rest on my handle bars. By the last day I would be changing my hand position every five minutes so the pins and needles would be kept at bay.

Despite not being what my mind had dreamt up it would be, the TD was still amazing. While I was out there I constantly thought of being done, putting on clean cotton clothes, showering and sitting down to a big meal that I didn’t have to rush through.

It’s only after having some time to reflect that I realize I embrace the suffering of events like this. Their challenge gives me purpose and something to focus on. A single task, one goal, with a simple set of limited rules to follow. Life is much the opposite of this and this is way over the last few years since my Continental Divide Trail thru-hike that I start to simplify my life greatly.

Most of the toughest days came in the first and last week of my race. I believe it rained 5-6 days out of the first seven. That in of itself would have been tolerable if it wasn’t for the cold temperatures that accompanied the rain. Every morning I shivered for hours while counting the minutes until the sun would crest a ridge and warm up my cold numb hands. By day two the bridge between my nostrils was cracked and bloody. My nose ran constantly for entirety of the first week.

By the last week I was in New Mexico and the menu was pretty much the opposite of the first week. It was blazingly hot and instead of rain we had wind! Days 17-19 were brutally hot and if I had to guess I battled a head wind or bad cross wind for over 80% of each day. I prayed for a tailwind but rarely were my prayers answered. Oddly enough one the highlights of my Tour Divide was a very dark descent into El Rito, NM. It had been a very long day with countless hours in the saddle and myself and the two guys with me were really looking forward to stopping for the night. We crested the last hill, just after stopping to admire a large porcupines ability to climb a tree.

We started the descent around dusk but with storm clouds and lightening all around us light faded quickly. Before long it was pitch black and there were miles of descending left to do. We all agreed that we felt like we won the lottery. More time than not, the descent can be a rough as the ascent before it. Not this time! We had miles of Grade A dirt roads into El Rito. I was able to push my biggest gear and fly down into town.

Another highlight was seeing my first ever mountain lion. It wasn’t a great look but definitely a big cat sighting. The speed and grace this cat moved with left me with chills. After running from the road side up a hill it stopped turned sideways and turned it’s head to just stare at me and my companion. After what felt like minutes, but was mere seconds it wiped around and bolted behind the hillside. I was left as giddy as a school girl.

My lowest point was coming into Silverthorne, CO on Day 14. I was feeling so physically and mentally drained. My legs felt like hollow husks, not powerful pistons that had carried me almost 1700 miles at that point. I had dreamed of stopping at Chipotle since before the start. I would arrive just minutes after they opened.

Despite filling up on chip and salsa and a very stuffed burrito I didn’t feel much better. I procrastinated by calling multiple people to tell them just how shelled I felt. All the while that voice, the one that had been whispering in my ear since 8 am on the 9th kept saying, “MOVE, you have to move! Get going, the clock is ticking. Get on Phillip and pedal” I finally listened and by Breckenridge I found my legs.

While I sat there at Chipotle I felt so utterly drained. The simplest effort took everything I had. I allowed myself to actually ponder just how close the wheels were to coming off, both physically and mentally. I took stock of the situation, reminded myself what and why I was there and moved forward.

At the end of the day I don’t think I’ll ever race the TD again. I could see touring it at a much slower speed. Covering 2732 miles in 20 days does not allow one to take much in or enjoy the many lodges and other establishments along the route. I’m glad I did it and that it was what it was. The experience tested me while making me better, or at least I hope.

My Tour Divide by the Numbers: 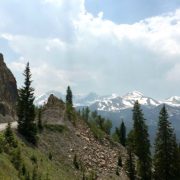 Tips for the outdoors 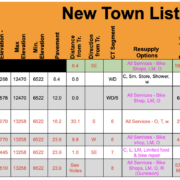 Today I become a Nomad and embrace Vanlife. 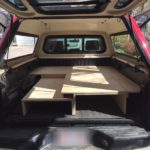 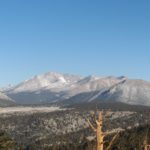