This is my Kokopelli Trail Journal. The Kokopelli Trail is a 141 mile trail from Loma, CO to Moab, UT. It’s a network of single track, jeep track, dirt roads and pavement. You’ll find all types of users from mountain bikers to ORV’s, to runners and even equestrians.

The trail isn’t very long but the route packs a serious punch. Sand, rocks, loose gravel, steep ascents and descent constantly challenge you from start to finish. There is very little shade or water on the route which also adds to the challenge. Luckily for those who decide to attempt it, amazing views are your reward.

It would have appear that when I went to bed this time yesterday I wasn’t  going to be laying here in a sandy wash as I am right now. My partner for the trip, Justin, was MIA and pink blazing.

We not only started late but hell we weren’t even packed by noon. After a hurried packing job we hit the road. At the gas station I found or didn’t find the first forgotten item, my wallet. Looks like the trip is on Justin!

Next stop was Chipotle and then the store for water. Even though we were starting in Loma we had to drive almost all the way to Moab to drop water off in three locations. The drive on RT. 128 is amazing so it wasn’t too horrible.  If you’re ever going to Moab from Loma or other locations east take Rt. 128 to Moab, you won’t regret it.

We made it back to Loma by 7 pm. A quick stop at the Hot Tomato for dinner and we were at the Kokopelli Trailhead by 7:45. We battled fierce winds in the packing lot and for most of the 5 miles. It’s not too bad here in our little wash at the Lions/Mary’s intersection.

We got started at 8:32 pm. As we got to the first climb on Mary’s Loop the full moon was just coming over the Flat Tops. It was a beautiful view. At times we had a great tail wind or it was trying to blow us off the double track. We saw only one other rider. The riding was surreal for sure. It was a completely different experience than in the day time.

I slept okay last night. I had trouble with the wind, it kept trying to blow my quilt off me. The result was I had to tuck it under me each time I rolled over.

I woke to bats flying over head. Despite the apparent early rise we didn’t get moving until 6:30. The sunrise was amazing.

The riding was good and we made good time. The climb from the Salt River was a Hike-a-Bike (HAB) which foreshadowed the weekend. We definitely pushed on quite a few trails. Once to Rabbit Valley the going got easier. At Rabbit Valley I realized I didn’t bring the Aquamira so our 140 ounces each had to last for 54 miles To Dewey Bridge.  It lasted as did us.

The wind was brutal today. I think we had only two tailwinds all day. The rest of the time it was a serve headwind. The wind did keep it cooler with the help of some clouds. Around 3-4 pm the clouds were gone and it got pretty warm.

The worst part so far was the Yellow Jacket Canyon area before Dewey Bridge. The climb went on forever and then it was sandy and rolling to the bridge. You hoped it would all be downhill from the top.

The section after Cisco Boat Lunch was super exposed and the wind just never let up. Justin resorted to his headphones and I just put my head down.

We took a break at Dewey Bridge where we had our second water cache. After a short nap we decided to cook dinner in the shade of the bathroom. As we went to leave some great mountain bikers on the way home to Grand Junction pulled in and gave us some extra food. Great score as we needed it.

After dinner it was a gravel road climb that undulated its way up then it got narrow, almost double track and descended into the amazing Cottonwood Canyon.  Unfortunately the climb out was a total push and by now we both were hurting. There was a sweet camp spot at the top but we gambled and pushed on about a mile. We found two spots among the bushes next to the road we’re currently on.

I’m beat and going to bed.

Mostly Sunny, Some wind and 80’s

Last nights sleep was much cooler than the first night.  I had to keep my quilt tight around me or I got cold easy.  We slept just past Cottonwood Canyon next to Blue Chief Mesa.  The mesa kept the full moon out of view longer so I was able to crash out fast before it rose.

We got an earlier start today but not by much.  The day started with more climbing, which it seemed was all there was on the menu for the day.  Not really but over half the total 15k feet of climbing happened today.  An easy descent to Rose Garden Hill was pleasant but short lived.  I attempted the hill but not knowing the correct line I failed.  Multiple sources pointed out that Rose Garden Hill is 75 miles from the closest hospital.

A quick descent to Fisher Valley brought another short hill, a descent past Hideout Camp then to the first of the large climbs which started by navigating around Cowhead Hill.  By the top we crossed into the Manti La Sal National Forest.

After lunch on Thompson Creek Road we turned right onto Polar Mesa Rd where we topped out on the first ascent.  Of course we descended and lost a bunch of elevation, which was followed by another large climb to our last water drop just before Bulldraw Camp.  The only perk to these two climbs was the amazing views of Fisher Valley and Cottonwood Canyon.  It was surreal to look down at where we had been just hours before.  The valley floor was so far below us.

From out last water drop we had a long paved downhill to La Sal Mtn Road which was our last major effort for the trip.  The climb was 6.2 miles long and had 1900′ of climbing.  The only down on the climb was windy as hell and I had to pedal to keep moving.  On the climb I was caught by a girl who just moved to Moab from Seattle.  She saw my Second Ascent logo on the back of my shorts and questioned me for a few miles.

Justin’s knee had been hurting him all day so he was behind me for most of the day.  I felt for him as the climbing was bad enough with good knees.  The result was I spent the day inside my own head, which is not very different from most days.  We regrouped at the top and dropped back onto dirt following the Kokopelli all the way to the Slickrock Trailhead where it ends.  We talked about doing the Porcupine Rim but with time restraints with our ride back to Loma we opted for the official route which is shorter.

From about the time we got our last water until the end I had a vision problem with my left contact.  I must have gotten sunscreen in my eye at some point.  The result was my vision was cloudy but some times it would clear then get cloudy again when I blinked.  That was combined that with sweat stained sunglasses and a choppy descent at the end.  By the time I got to the house where we were meeting our ride I couldn’t see shit.  I realize now I should have just taken them out.  I also had the glare of the sun reflecting off the sand and the wind was making my eyes water.  Overall a shit show for sure.

Bikepacking the Kokopelli was one of my major goals for 2016 so it felt good to complete it.  It was also a great experience despite most of the route being on some sort of road.  I enjoyed Justin’s company and I think we both learned a lot about bikepacking and have a much better idea of what we will change for the next trip.

The Kokopelli Trail is a tough ride. Even with stashing water in three locations we could have used more. It was my first multi day bikepacking adventure and afterwards I was left wanting more.

I really enjoyed experiencing the areas between Loma and Moab where I had never ridden. I also enjoy the first time to an area and the mystery it offers. Though very challenging I really enjoyed the route. Despite all the ups and downs I would definitely ride the route again.

MY PROVEN GEAR LISTS FROM THE TRIPLE CROWN

Gear lists from the AZT, TD and CTR; Pros & Cons; Things I’d do different; and Tips.

In depth look at what I would bring for gear and why, if I rode the Tour Divide, CTR, and AZTR again. 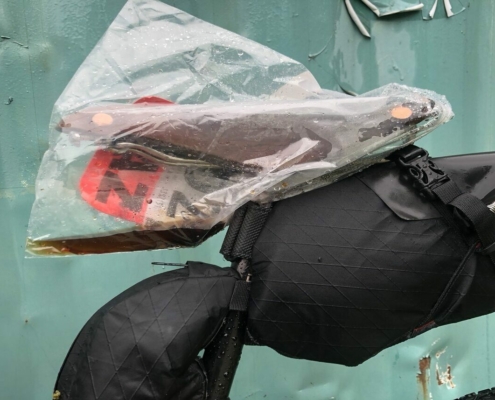 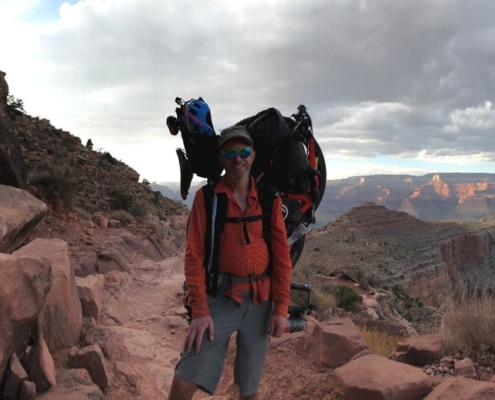 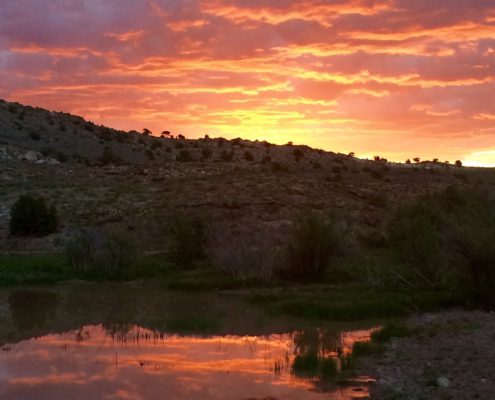 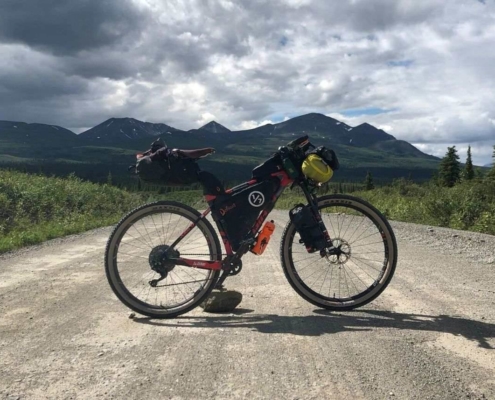 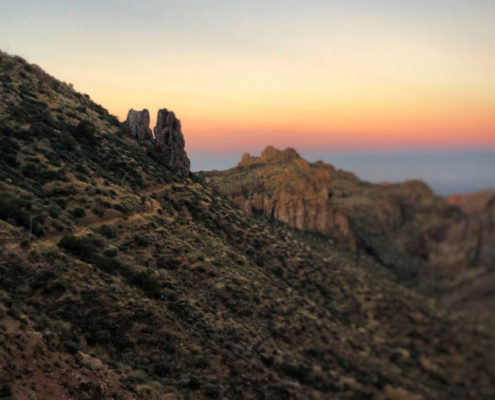 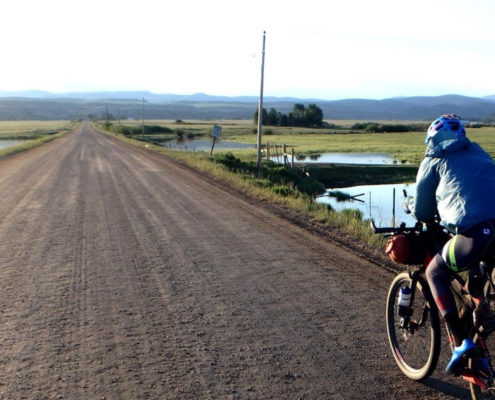 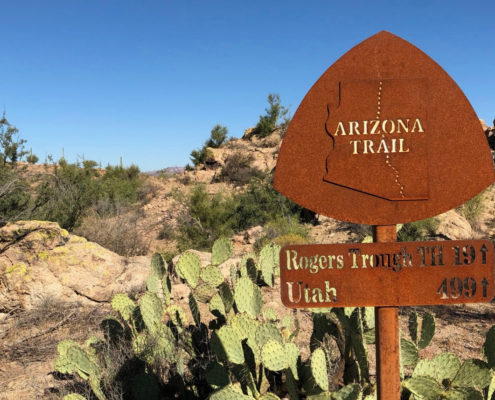 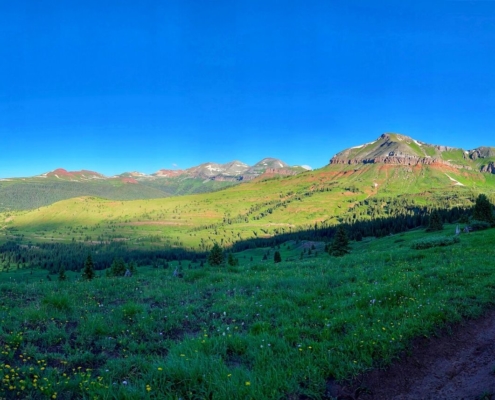 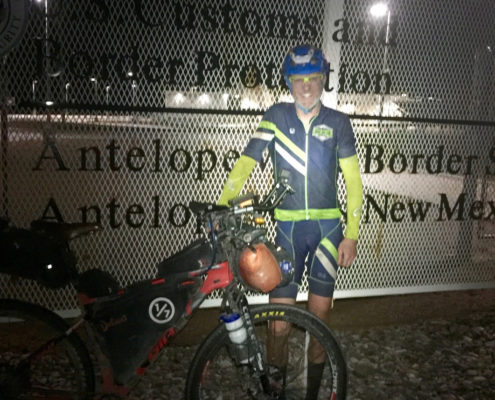 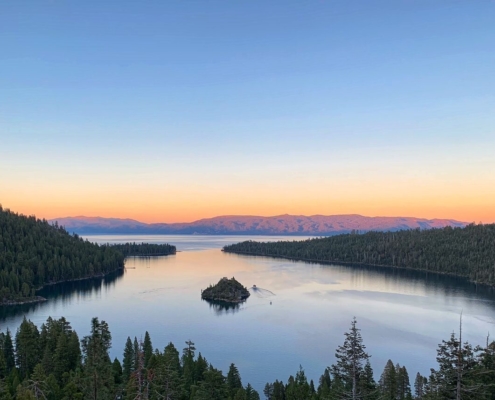 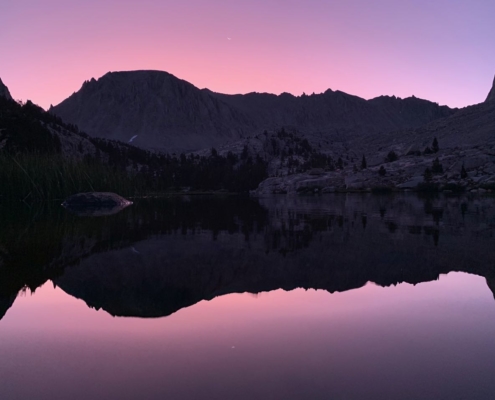 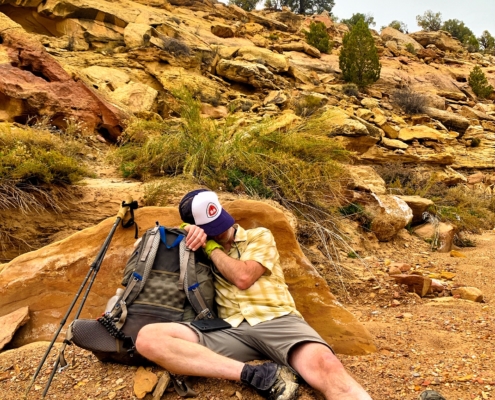