Last night after we went to bed, Breezer and Total Rachel came by and were still hiking. They actually went the wrong way just before us and climbed a hill for nothing. I had to actually wear my head net since there were mosquitoes at camp. I slept well and was up at 5 AM. We got going around 6 AM and after a short climb, it was all downhill to North Fork Ranger Station. We met a south-bound section hiker there along with Breezer and Total Rachel. After a short snack, it was 4 more miles of downhill, which can be a tough as going up on the legs. We stopped at the bottom next to the dry Mattox Canyon Creek and snacked again.

We then had to climb before descending once again to Soledad Canyon Road. It was only 9:30 but we had lunch and filled up our water. Wounded Knee walked down to the camp ground to fill the half empty water jug so we had more water. Total Rachel and Breezer showed up and so did Old Corpus, who we passed earlier.

We had the early lunch since we planned to do 6 of the 10 miles to the tunnel under Antelope Valley Freeway 14, where we would stop again for a true break. The climb to get there was totally exposed and hot as hell. I was dripping with sweat within no time. The climb was ridiculous and kept going and going. We finally crested the summit and had a view of Freeway 14 and then it was more downhill to the tunnel. At the tunnel, we snacked some more and the lure of only 3 miles got to us. We moved on after 10 minutes and then got lost in the canyons that followed. We went about 5-10 minutes the wrong way. We turned around and got going the right way. I put an arrow on the trail so others would not make the same mistake. We got to Vasquez Rocks and ran into Ultra Brite (UB) and her boyfriend, Bert. Wounded Knee went with them in the car and I hiked the 2 miles into town.

In town we got pizza and beer, which was delicious. Then I walked a block more of the PCT and then jumped in the car with UB, Bert and Wounded Knee. They dropped us off at the Scaufley’s. Once here I showered and relaxed. I also did email and made some calls.

Scatman 2011- On this day I was flying in the first part of the day and after our early lunch I was hurting but then again so was Wounded Knee.  The climb was brutal like many of the others I’ve mentioned.  When we did finish the shadeless climb and turn the corner the wind picked up and blasted us with hot air.  Like many others this was a hard hot day of hiking.  The pizza and beer at the end was the perfect ending. 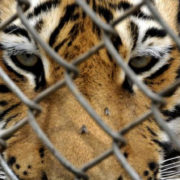